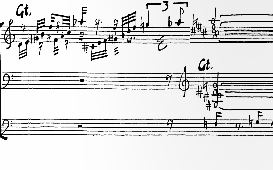 ​Judith Weir is one of the most important composers living in Britain today. She began studying composition with John Taverner while she was still at school, then at Cambridge with Robin Holloway and at the Tanglewood Summer school in the USA. She first became known as a writer of operas, including King Harald’s Saga – a piece for an unaccompanied solo soprano who plays eight characters. As well as orchestral and chamber works, Weir has written lots of choral music, and a good place to start exploring her choral repertoire is this collection by Gonville and Caius College choir – or enjoy the video below of an excerpt of Stars, Night, Music and Light from the 2011 First Night of the Proms.

In 2014, she succeeded Sir Peter Maxwell Davies as Master of the Queen’s Music, becoming the first woman to hold the position. There are no formal duties associated with the post, but the holder is expected to write pieces for state occasions, so you may have heard her music at events such as the 2015 VE Day anniversary service in Westminster Abbey, or her setting of Robert Bridges’s I love all Beautous Things written for HM The Queen’s 90th birthday celebrations. We’re including two pieces by Weir in our summer concert, both of which reflect her Scottish roots: a blue true dream of sky and a monumental piece for solo organ, Wild Mossy Mountains, played by Francesca Massey, sub-organist of Durham Cathedral and our assistant conductor.

As you might guess from the lack of capital letters, a blue true dream of sky is a setting of a poem by e. e. cummings. The second stanza gives a flavour of the rapturous verse.

(I who have died am alive again today,
and this is the sun’s birthday; this is the birth
day of life and of love and wings: and of the gay
great happening illimitably earth)

​The still, bright chords of the chorus line and of two solo altos bring to mind a really hot summer day in the hills, where there is no sound but the wind and the gentle buzz of insects. And over this background floats a dizzyingly high solo soprano line that feels like freely improvised Scottish folksong; a bird soaring up and disappearing into the perfect blue sky. The piece finishes with a short, hymn-like phrase, and the whole effect is one of ecstatic joy.

Wild Mossy Mountains takes its title from a Robert Burns poem and the music is exactly what the title says. Francesca told us that it’s great fun to play, despite her having to decipher a handwritten score with no bar lines or time signatures. Weir explains in her own programme notes that the overall shape of the music has the smoothly rising and falling contours of the Scottish hillsides Burns was describing, and Francesca said:

‘It’s a hugely evocative piece with some unusual and colourful registrations, and the overall rise and fall of the musical contours conjure the shape of the mountains, with the playful grouse and sheep and bubbling streams lying in their midst.’