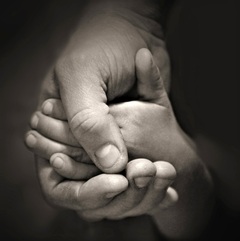 Girolamo Savonarola took Florence by storm in the 1490s with his preaching about an intense renewal of Christian life. Later seen by Martin Luther as a
forerunner of the purification of the Church that Luther himself sought through the Reformation, Savonarola shook the rule of the Medicis in Florence, before eventually falling foul of the papacy. In 1498 he was burnt at the stake in the Piazza della Signoria. In the short period between his confession, extracted under torture on the rack, and his death, Savonarola, suffering intense pain and despair at his weakness, penned Infelix ego, a meditation on the most important of the penitential texts of the Bible, Psalm 51 (‘Have mercy upon me, O God’).

In the course of the 1500s, Savonarola’s text was increasingly associated with the intense focus on religious salvation that was such a feature of the Counter-Reformation. While many composers set it to music, the singer and scholar Sally Dunkley shows that Byrd may have found it in the library of one of the noblemen who encouraged the illegal continuation of Roman Catholic worship under Elizabeth I, Lord Lumley (who received the dedication of Byrd’s 1591 collection of ‘Sacred songs’, in which Infelix ego was published). The intense spiritual concentration of its author, and the way an English recusant might associate this with the Catholic martyrs of the late 1500s, inspired music of monumental emotional scope. Byrd set the text in three parts, contrasting moods of fear and despair, through introspection and sorrow, to a more positive affirmation of hope. That in turn gives way to a final climax that makes this one of the most spiritually powerful pieces of music ever written in England.

This same theme of penitence and seeking after God – through an intensely personal concentration on the need for salvation – is at the heart of Bach’s two great motets Komm, Jesu, komm and Jesu, meine Freude. But where Byrd weaves vocal lines together on a huge canvas, Bach roots his settings in intimate chorale melodies that his Lutheran congregations knew well; it is music that connects more straightforwardly to a congregation of believers, where Byrd’s lines develop a musical and spiritual conversation that works even more powerfully on the performer. Komm, Jesu, komm is for double choir; from the solemn, plaintive chords Bach sets out at the beginning, the conversation between the two choirs develops gently and mellifluously.

Jesu, meine Freude is devised on a more significant scale but nevertheless remains introspective. It is a sequence of episodes that develop their musical power gradually, moving between the chorale theme and a range of choral textures that explore the theological meaning of St Paul’s meditation on living in Christ. These range from flowing counterpoint evoking the life of the spirit in movement 6 to the typically Lutheran mood of resignation caught so beautifully in movement 9, ‘Good night’.

Woven around these three masterpieces are motets in Latin and English, by John Sheppard, marking the possible 500th anniversary of his birth. Sheppard had to work both in the vernacular and in Latin, for both Protestant and Catholic rites, for Edward VI and Mary. Sheppard’s compositional styles range from the direct, clear word-setting of Christ our paschal lamb and The Lord’s Prayer to the much richer sonority of his Latin music. Not unlike the chorale which binds together Bach’s music, plainsong was at the core of Sheppard’s creativity. In manus tuas with its gentle air of solemn vespers is a small jewel in his output; but Libera nos has justly become one of the most popular of all Tudor choral works. Its glowing texture, in seven voices set out over a much wider tessitura than that used by any continental composer of Sheppard’s day, brings our recital to a luminescent close, at this time of year when the Church focuses particularly intensely on the Passion of Christ. The quest for peace and personal redemption, from the polyphony of Sheppard to the Latin symphony of Byrd to the almost modern-sounding choruses of Bach, sits deeply within our Western musical tradition and resonates through this music as strongly as ever.