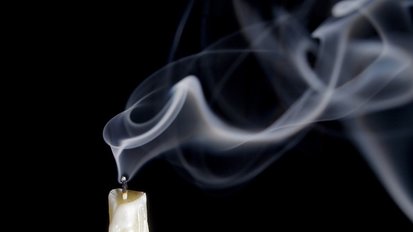 The candles illuminating the chapel are being snuffed out one by one; the serenely beautiful faces painted on the walls and ceiling fade slowly into the gloom; and somewhere above you, out of the darkness, comes the sound of a choir. The words they’re singing come from Psalm 51 and are a bleak acknowledgement of all humanity’s manifold sins and wickedness, a cry of pain searching for relief: and the healing comes from the music itself, so simple and gentle, with an ethereally pure solo voice rising effortlessly out of the harmony. You’re in the Sistine Chapel, on Good Friday, and the music you’re listening to is Miserere Mei, Deus, by Gregorio Allegri.​
Have mercy upon me, O God, after Thy great goodness
According to the multitude of Thy mercies do away mine offences.
Wash me thoroughly from my wickedness: and cleanse me from my sin.
For I acknowledge my faults: and my sin is ever before me.

For over a hundred years after Allegri wrote the Miserere, it could only be heard in the Sistine Chapel, at the end of the Tenebrae services on the Wednesday of Holy Week and Good Friday. The Papal authorities showed themselves to have excellent marketing skills by insisting that the music should never be heard outside the Vatican – the choristers were threatened with excommunication if they removed or copied the music – and, as with all banned art, its fame and legend spread, bringing crowds to hear it each year in the Sistine Chapel. The hype surrounding the Miserere was further increased when the 14-year-old Mozart wrote it from memory after one hearing, and the music escaped from its prison. That was the story, although the truth was that some authorised copies had already been made, and there’s even a record of an illicit sing-through in a London pub in 1735, noted in his diary by the Earl of Egmont:

After dinner I went to the Royal Society and then to the Thursday Vocal Academy at the Crown Tavern, where we had 19 voices, 12 violins and 5 basses. The famous Miserere of Allegri, forbid to be copied out or communicated to any under pain of excommunication, being reserved solely for the use of his chapel, was sung, being brought us by the Earl of Abercorn, whose brother contrived to obtain it. (http://discovery.ucl.ac.uk/19907)

Mozart’s antics did bring the piece into wider circulation – Pope Clement XIV forgave the boy, and the Miserere was published by Charles Burney in London the following year. Much has been made of Mozart’s musical genius in transcribing it, but in fact the music is relatively straightforward, and consists of just two short harmonic passages, based on familiar plainsong, each section being repeated five times within the piece, plus a short coda based on the earlier material. It was an impressive achievement, but still a perfectly plausible one that doesn’t need to be attributed to some sort of miracle of divine inspiration.

What Mozart and all those other devout listeners heard, and what we usually hear today, probably wasn’t the music that Allegri originally wrote, and he certainly did not put the famous top Cs in the soprano solo. The Vatican choir were expected to improvise and embellish, and it was this skill that drew the crowds. After the music left Rome, and was performed by singers without the Vatican choir’s specific training and tradition, some embellishments gradually got written down, and to add to its effectiveness the piece drifted upwards in pitch, resulting in those high Cs that soar up into the ceiling and come back with unerring accuracy straight down your spine. In modern times, the Miserere took off on yet another flight of fame in 1963 when David Willocks and King’s College Choir made what is, for many, the definitive recording, singing in an English translation with the 12-year-old treble Roy Goodman. More recently, early music specialists have delved back to explore the original versions, stripping away those centuries of varnish, whilst the Tallis Scholars have taken the tradition forwards, with a recording in which their soprano soloist, Deborah Roberts, lets her imagination take flight with her own, often startling, additions to the embellishments.

Whichever version you hear though, and wherever you’re listening, the beauty of the Miserere lies in its juxtapositions of pain and healing, of simplicity and decoration, drawing together all the messy complications of human life. When we perform it at Ushaw College, we’ll be setting it at the end of a sequence of mostly Latin polyphony, some of which was also written for the Sistine Chapel, and which takes us through the last few days before Christ’s crucifixion. We’ll sing Victoria’s responsories for Maundy Thursday, six devastating mini-dramas of betrayal, murder, loneliness, suicide and cowardice. Allegri’s Miserere offers a response to these bleak pictures of humans at their worst: a humble acknowledgement of our own part in everything that goes wrong, and a plea for healing.

Make me a clean heart, O God: and renew a right spirit within me.
Cast me not away from Thy presence: and take not Thy Holy Spirit from me.
O give me the comfort of Thy help again: and stablish me with Thy free Spirit.

Concert: The Night in the Garden: 8 April, Ushaw College