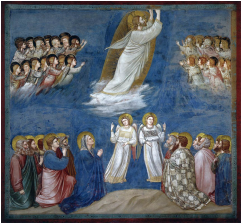 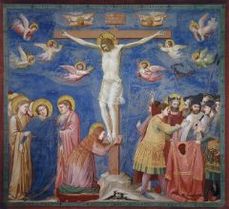 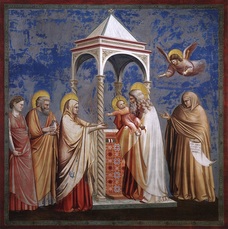 In C. S. Lewis’s science-fiction trilogy, the planets and the space between them are inhabited by angel-like beings called eldila, who carry the essence of distinct and absolute virtues: virtues which can only be caught vaguely and uncertainly in the life of human beings. At the end of Perelendra, the hero, Ransom, has a dramatic and beautiful encounter with eldila which is marked by the difficulty the angels have in communicating. They seem to talk on a different time-plane, both too fast and too slow, too cosmic and too many-dimensioned for a human to make sense of them. It takes them several attempts to make themselves understood; after a sequence of startling and ultimately comic adjustments, they find a human rhythm of communication which even then leaves out some of the meaning of their message. The encounter is reminiscent of Elijah’s meeting with God – not the whirlwind, the earthquake or fire, but the still voice that asks ‘What doest thou here?’

In what tempo are the angels singing, in Handel’s Messiah? It is notable that Handel’s standard ‘fast’ speed direction, Allegro (not literally ‘fast’, though it could be used in the eighteenth century for the fastest tempo in a piece of music), is often associated with angels’ celebrations. Allegro introduces the heavenly host in Part 1 and the ‘Glory to God’ which they sing, and the soprano aria ‘Rejoice’, which is a direct order to human beings to celebrate Christ’s coming; in Part 2 the chorus sing Allegro ‘Let all the angels of God worship him’ and this culminates, of course, in the Allegro ‘Hallelujah’. These are lithe, nippy little angels, sharper and livelier than the chubby putti of Baroque art. When they celebrate, they do so at a rate and with a rhythm which make us humans catch our breath.

Although the narrative of Messiah uses the voices of the Old Testament prophets, there is something otherworldly and angelic about the awesome calm that the soloists can also bring to the piece. The first soloist, the tenor, after the orchestra’s overture, which depicts a chaotic world in need of redemption, arrests the music with ‘Comfort ye’. This brings the time of our suffering and the time of our redemption together into a moment of calm which brims with hope and anticipation. Advent is the time of a voice speaking directly to us of the whole of the past and the future, as quiet and powerful as the voice in Elijah’s encounter with God. Similar intensity is carried by the angel who addresses the shepherds in a falling fifth, ‘Fear not’. This stillness is above all reflected in the Largo (very slow) ‘He was despised’ in Part 2, and then in the dramatic scene where the tenor shows us an angel’s timeless sense of shock ‘Behold and see if there be any sorrow’.

The musicians in Messiah seem to move between this disorienting, disarming declamation of the purpose of Christ’s mission and a humbler reflection on its meaning. The moderately paced choruses like ‘For unto us a child is born’, ‘All we like sheep – But the Lord hath laid on us the iniquity of our sins’, and above all the final ‘Amen’ are as though sung by all of us humans, and the more ‘moderate’ feel of these choruses makes them accessible and personal. If we take the slow rising phrase of the ‘Amen’ as a cue, we can also see a human chorus joining in ‘Hallelujah’, with the slower phrase ‘For the Lord God omnipotent reigneth’ emerging through the noise of the angelic celebrations.

If much of the soloists’ music resonates with the disarming voice of angels or prophets, there is at the very heart of the work one aria which emphatically focuses on the individual human being. ‘I know that my redeemer liveth’ blends the soprano with all eight of our violins playing in unison, and while this soloist has the capacity to look forward to death and resurrection, there is also a very personal and human play on the meaning of the main text. As Handel sets the text strongly then tenderly, the emphasis seems to shift – from ‘I know that my redeemer liveth’, the music finally turns in on itself, reflecting on this meaning: ‘I know that my redeemer…’ Then, not long after the trumpet’s prophetic announcement of the General Resurrection, the soprano returns, this time with just one violin, describing the intercession of Christ in a solo which quietly and insistently fills the space between the human and God. Handel’s skill in disposing musical speeds and singing and orchestral forces gives us a four-dimensional account of the mission of Christ, as its meaning resonates from the universe to the individual human being.