We who are left: music after conflict 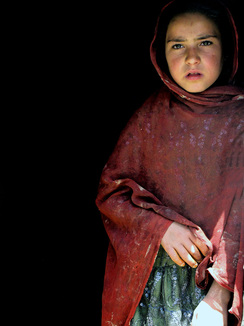 This year, 2014, many involved in music and the arts have sought a moment of pause, to create programmes or work that reflects on the outbreak of the First World War, that most violent of destroying moments in our recent history. At the heart of the Durham Singers’ programme this June is a great work by the late Richard Rodney Bennett, a 2001 setting for choir and solo cello of poems entitled A Farewell to Arms. Ralph Knevet’s seventeenth-century text is set out in three simple sections, tightly constructed around a motive that allows the sopranos to reach out expressively
across their range. His poem echoes many lines from an earlier text by the Tudor poet George Peele, and in the second movement of the piece, the choir and the cello move together in a slow, madrigalian dance, before the work concludes with a dark and impassioned coda.

There is no especial significance for the First World War in this long piece, however, and so our programme ideas evolved into a wider reflection on the way music gives us pause to stop and think through times of violence, of struggle between communities and cultures. And the stunning 2009 piece Lament by Francis Pott gave the key to how we might develop this exploration of lament and remembrance further. Pott sets a First World War poem by the Northumbrian poet Wilfrid Wilson Gibson, written in 1916. But the inspiration for the piece was the death in action of a former head chorister of Truro Cathedral, killed in Afghanistan. Pott writes:

The low-key simplicity of Gibson’s little poem, sorrowful but also consolatory in its exhortation to keep the departed alive in the hearts and memories of those who miss them, seems to me to make it a fitting vehicle to commemorate the fallen in any time or place; accordingly, dedication of this setting to the memory of Olaf Schmid is both specific and more widely emblematic.

This gave us a key to weaving these two pieces into a framework provided by masterpieces by William Byrd. Pott, in particular, has long been influenced by the skills of the Tudor contrapuntalists and thus we have placed his Lament at the heart of our performance of Byrd’s Mass for Five Voices. Byrd’s mass settings, composed for private devotions in Catholic households where such practices were repressed, are charged with the intense experience of a community under siege within its own country. Listening to the tremendous homophony at the heart of the Credo – ‘Et unum sanctam catholicam et apostolicam Ecclesiam’ (and One, Holy, Catholic and Apostolic Church) – or the anguish in the Agnus Dei, we cannot escape this sense of musical devotion expressed through and against the experience of conflict and violence.

Mass settings were, of course, not ‘listened to’ as we listen to recitals or CDs today, and certainly not as a single symphonic whole. The words of the liturgy intervene in the music, and so do other sung items, the ‘Propers’ of the Mass, whose texts change from week to week. Byrd wrote many sets of these Propers so that Roman Catholic liturgy would be supplied with music not just for one, but for two or three whole cycles of the calendar. Tonight, we have asked Deborah Thorne to bring her solo cello into the gaps between the movements of the Mass. So two sarabandes, the second a
genuine lament in itself, from Bach’s famous cello suites, break up our performance of the Mass, followed by an excerpt from Britten. His first cello suite (written for the Russian cellist Rostropovitch) also has at its heart a dark and passionate lament, which we have set out as a counterweight to Pott’s meditative setting. In the second half of the programme, a longer extract from the end of Britten’s third suite brings us across the continent to Russia. After a stunning passacaglia Britten unexpectedly moves into a short statement of Russian folk melodies. These, in turn, give way to the Kontakion for the Dead, which closes tonight’s solo cello meditations in an atmosphere of heartfelt contemplation.

Out of the low C minor sonority of that final statement from Britten, our last work – Byrd’s masterpiece Ne Irascaris Domine – moves gently around a corner into a brighter sound-world. This is one of many motets Byrd wrote that take texts about the destruction of Jerusalem from the Old Testament and develop them as prayers for the Roman Catholic community in England. The very word Jerusalem, in this beautiful motet, is set with searing intensity – it is code for ‘our community of believers’, under threat of violence as the Elizabethan religious balance started to unravel, with reprisals, executions and martyrdom.

What we take away from the sound-world of Byrd’s motet is that this ‘music after conflict’ has to provide a path towards hope. Like the poets in Rodney Bennett’s A Farewell to Arms, Byrd hints at how the prayer of a community in suffering and pain can also be a prayer that is bright and warm with the sense of peace. From the destructive wars of the Old Testament to the religious strife of the Renaissance, to the Somme and Afghanistan, our programme tonight attempts, through laments, sarabandes, the words of the Mass and the folksongs of Russia, to seek a wider path to how we can express the need of our human communities for the balm of peace.